Officers of the Laurel Police Department participate in numerous charitible events throughout the year.  Our officers love to be involved in the community.

Law Enforcement and the Special Olympics Maryland have a long and storied partnership with many fundraisers, the biggest being the two cold water challenges.  Each winter the Laurel Police/FOP Laurel Lodge #11 team plunges into the cold waters of Deep Creek Lake and the Chesapeake Bay, raising thousands of dollars for Special Olympics! 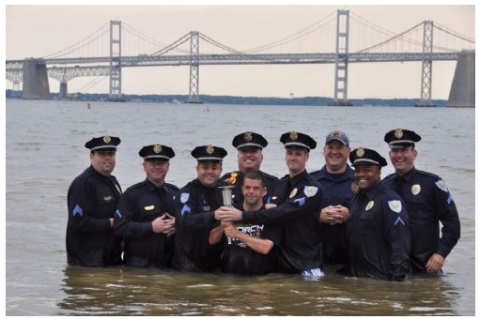 In 2015 Laurel Police Officers began growing beards as a statement to raise money for ZERO- The End of Prostate Cancer. The campaign raised over $5200 for the cause the first year and has raised thousands of dollars every year since then.

Santa with a Badge

Organized in conjunction on an annual basis with allied agencies, such as the Hyattsville Police Department, Prince George's County Police Department, Maryland State Police, and the Maryland Park Police, law enforcement officers are partnered with underpriviledged children.  The officers take the children to the Mall at Prince George's in the patrol cars with lights and sirens, where the kids are treated to a shopping spree and lunch!  Each over 100 children and 100 officers particpate in this event. 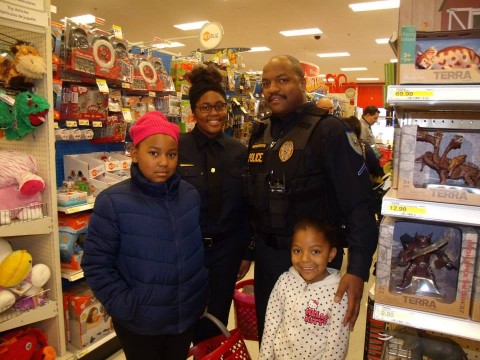 Each year the Laurel Police have hosted a Toys for Tots bin in the lobby.  A couple of years ago, after noticing the box was mostly empty, a handful of officers used the holiday gift cards they were awarded by the city to go buy toys to fill the box.  The tradition has carried on for a few years and is looked forward to each holiday season. 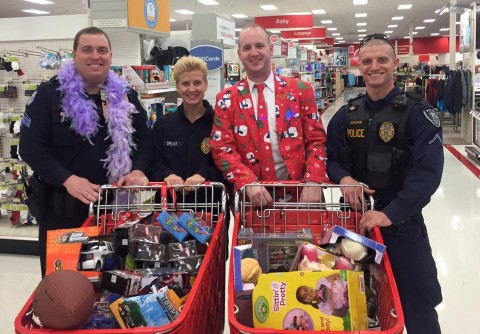 These charity fundraisers feature officers working as servers to make "tips," except all of the tips go to charity!  Officers have partipated in these events this past year at Longhorn Steakhouse for Special Olympics and Burger Fi for the Relay for Life. 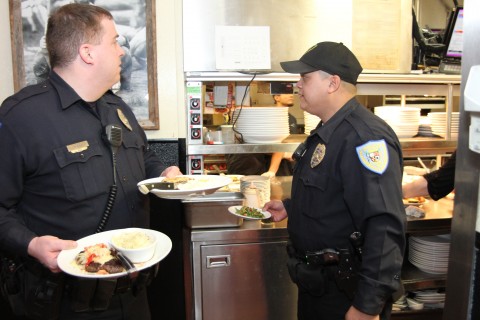 A staple fundraiser for Special Olympics Maryland, this event has law enforcement officers from the area run the leg from Hyattsville, MD to Laurel, MD to take the Flame of Hope to it's next leg on the way to the Special Olympic Games. 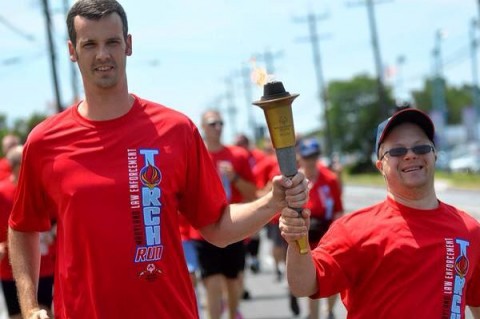 Officers annually participate and help with the LARS Turkey Trot, as well as helping hand out turkeys to the less fortunate. Visit their website to learn more about how you an help! 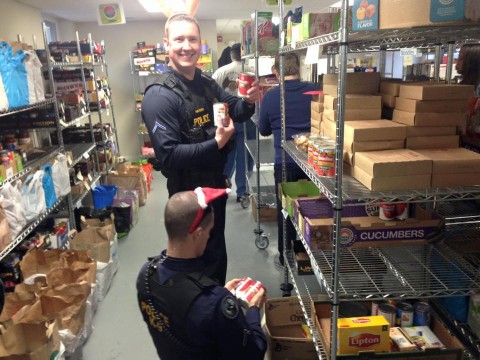 Officers ride their bicycles from Pennsylvania to the National Law Enforcement Officer's Memorial in Washington, DC in honor of those who have died in the line of duty as well as raise funds for the memorial.  Visit their website for more information. 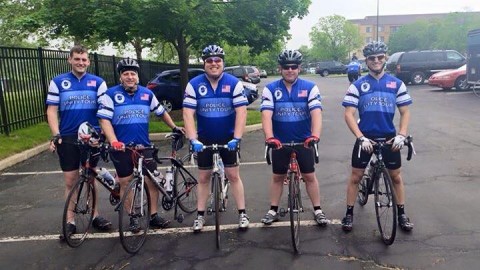