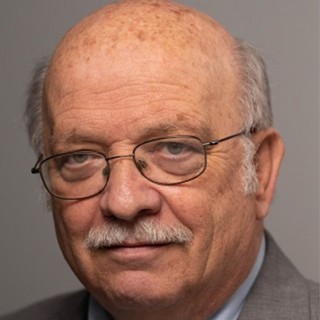 Council Member Michael R. Leszcz was elected to his twelfth term on the Laurel City Council on November 5, 2019, and sworn into office on November 26, 2019. Previously, Mr. Leszcz was sworn in as Mayor of Laurel in October 2001, following the death of former Mayor Frank P. Casula, and served as Mayor until March 2002. During his twenty-three years of service on the City Council, Mr. Leszcz served as President of the City Council for seven years.

Mr. Leszcz came to Maryland in 1958, when his father (USAF) was assigned to the U.S. 2nd Army at Fort George G. Meade. Mr. Leszcz attended Maryland public schools. He graduated in 1964, from Arundel Senior High School in Anne Arundel County. Mr. Leszcz served two years in the U.S. Coast Guard in both the Atlantic and Pacific Oceans on a Weather High Endurance Cutter. Mr. Leszcz attended St. John's University, Canal Zone College and Delaware State University, returning to Laurel in 1969. Mr. Leszcz was most recently employed by the Internal Revenue Service (IRS) in Washington DC, on a full-time collateral assignment as National President of the Professional Managers Association. Mr. Leszcz retired from the IRS in 2020, after 45+ years of service. Mr. Leszcz is married to the former Mary Eileen Morgans and they have three adult children; Michael (Heather), Katie (Eric), and Marianne (Brent).  Mr. Leszcz is the proud grandfather of Aiden Michael McKnight.

Mr. Leszcz is a member of St. Mary of the Mills Catholic Church and the Laurel Board of Trade and is a Life Member of the American Legion Laurel Post #60, the National Eagle Scout Association, and the Laurel Historical Society.