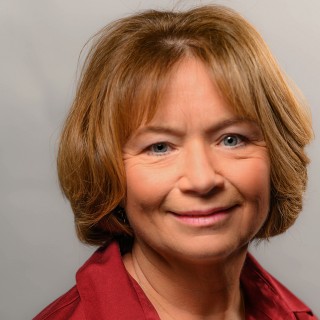 Lou Ann Crook has a long history in public service, all dedicated to the City of Laurel, since she was hired in 1989 as an Administrative Specialist in the Department of Public Works.  In 2000, she moved to the City’s Finance Department as the Fiscal Manager.  When Mayor Craig A. Moe was elected in 2002, Ms. Crook was assigned the position of Executive Assistant to the Mayor and became the Mayor’s first ever Chief of Staff in 2016.  In 2018, Ms. Crook was appointed as Deputy City Administrator.

In Ms. Crook’s over 30 years with the City, she has served on numerous committees – from Public Safety, Employee Salary Review, Hometown Heroes, Laurel Museum’s Map and Marker Committee, Main Street Festival Committee, Golden Shovel, Collective Bargaining Unit to Executive Officer of the City of Laurel Ethics Commission.  She has been recognized for her performance in every City Award Category, including the prestigious Mayor’s Award in 2005.

Ms. Crook has served as the Mayor’s Legislative Liaison, representing the City during the annual General Assembly Session in Annapolis and served on the Maryland Municipal League’s Board of Directors and the MML Legislative Committee for many years. Ms. Crook is a member of the Maryland Municipal Clerks Association and served as President from 2015 – 2017 and on many MMCA Committees.  She achieved the Master Municipal Clerk Certification from the International Institute of Municipal Clerks in 2015.  She was voted MMCA Clerk of the Year in 2016.

Ms. Crook grew up in Laurel on Harrison Drive and has always considered Laurel her hometown.  She has dedicated her career to providing outstanding service to the City and its residents.